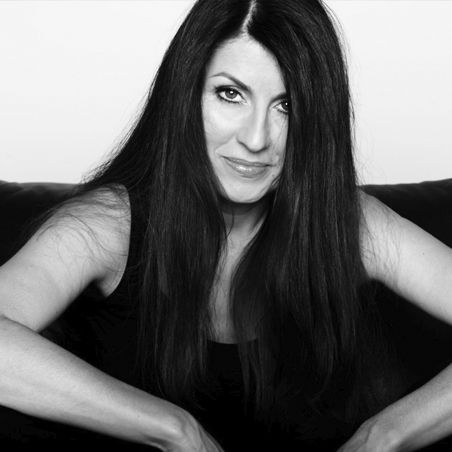 Monika Ballwein’s career path was mapped out from an early age. She taught herself to play the accordion at the age of 5 only to continue perfecting the skill at music school for another 10 years. At the age of 14, she was already lead singer in her 1st band, the gospel and soul band “Cantores Dei”, with which she continues to perform nationally and internationally to this very day – now also in the role of musical director. Monika had her first studio engagements at the age of 16!
Today, she ranks among the most successful and most-booked studio and live singers in the country. So far, her voice can be heard on more than 320 CDs.

Monika entered the music business as a professional at the age of 20, all while attending a string of training programmes at conservatories and academies on the side.
During her vocal jazz studies, she toured with all the greats of the country, sharing the stage with many national and international artists in a variety of musical genres – from Austropop, Jazz, Musical, Pop, Soul and Gospel to traditional folk music: Rainhard Fendrich, Georg Danzer, Steffi Werger, Chaka Khan, Nina Hagen, Marianne Faithful, Omara Portuondo, Udo Jürgens, Al Jarreau, Katrina & the Waves, Marianne Mendt, Uwe Kröger, Wolfgang Lindner, Patrick Lindner, Caterina Valente, Peter Alexander, just to name a few.

With 30 years of stage experience under her belt, lots of further study related to vocal technique, mental training, interpretation and whatever else it takes to deliver a successful performance, she now shares her knowledge in the academy she established in 2004.
In 2012 she studied what is globally considered today’s most innovative vocal technique, the “complete vocal technique”, at the Complete Vocal Institute in Copenhagen, eventually becoming Austria’s first authorised CVT teacher.

Monika is one of the most successful artists in the country. She is a choir director, musician, composer, vocal coach and trained singing teacher. She has featured in various TV shows of the Austrian Broadcasting Company (ORF) over longer than the past 12 years – as singer, vocal and choir coach or judge panel member in talent shows, she is a recognised expert in her field in Austria.

By virtue of her versatility in all genres, her rigorous education in many fields and her many years of experience in the music business, her strength extends beyond the knowledge and teaching of a well-founded vocal technique to include development of a successful performance and, notably, musical interpretation.