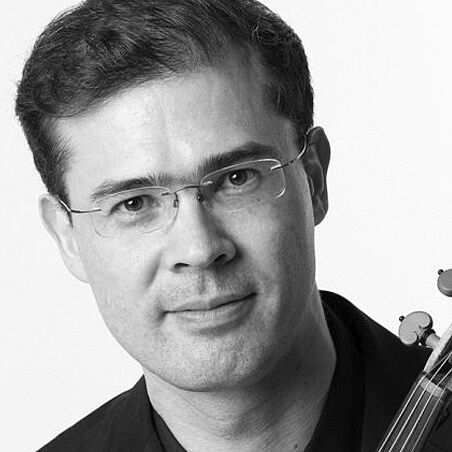 Tomo Keller was born in Germany and studied at Vienna’s University for Music and New York’s Juilliard School. After receiving numerous prizes and awards he has performed at major concert halls around the world and has been invited to music festivals including the Schleswig Holstein Music Festival, Edinburgh International Festival and Bravo!Vail Colorado.

Tomo is a much sought-after orchestral leader, having led the London Symphony Orchestra as Assistant Leader from 2009-2015 and the Swedish Radio Symphony Orchestra as 1st concertmaster from 2014-2019. In 2016 he was appointed by the Academy of St Martin in the Fields and is appearing with them worldwide as director, leader, chamber musician and soloist.

He has given masterclasses at all major London Music Colleges as well as at Yale University and numerous other schools in the US and the Far East.